Economic development has been one of humanity’s primary concerns in modern times. Since the advent of the industrial revolution, the predominant economic model has involved economies of scale, and relied on unsustainable exploitation of natural resources and ecosystems. This development-for (the sake of)-development model, while leading to significant economic gains, has led to planetary scale environmental degradation and an ongoing mass extinction of species. In response to the rapid environmental degradation, efforts to conserve biodiversity  began with the conservation-for-conservation approach of setting up protected areas free from human presence. It then expanded to include the development-for-conservation approach that integrated livelihoods and social welfare of local communities living in or around protected areas into conservation efforts. These various approaches have helped make economic and biodiversity gains, but have failed to address planetary scale environmental degradation or to halt the mass extinction of species.

The conservation for development approach is spatially and contextually specific, and it generally rests on five main pillars: 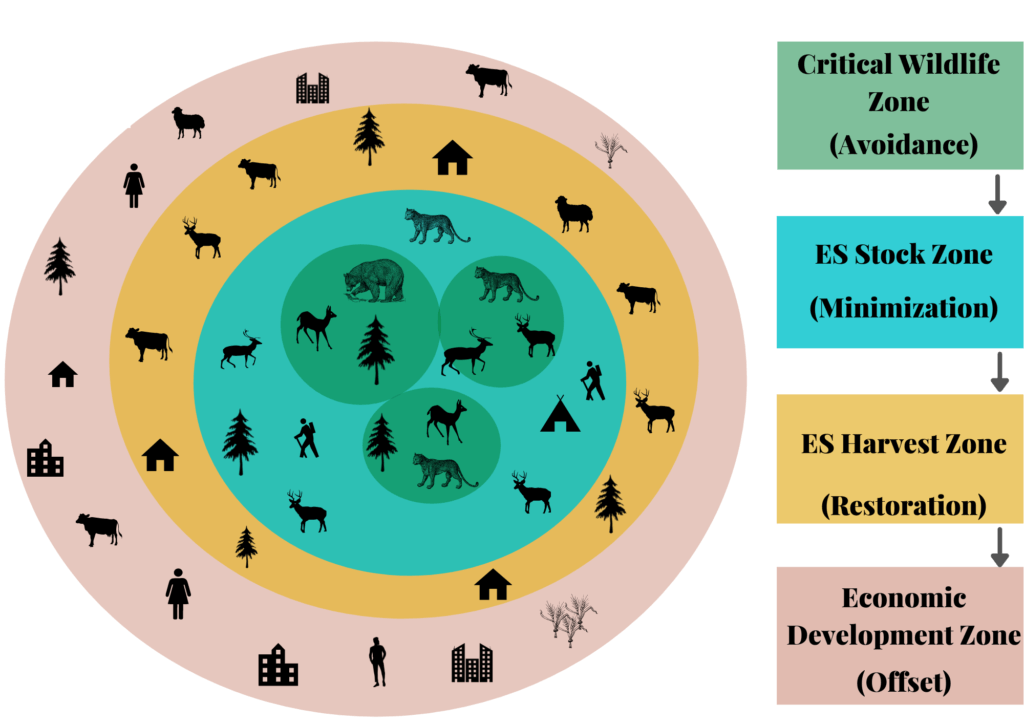 Figure 1: Mitigation hierarchy and zonation mapping of special ecological zones under the conservation for development model. 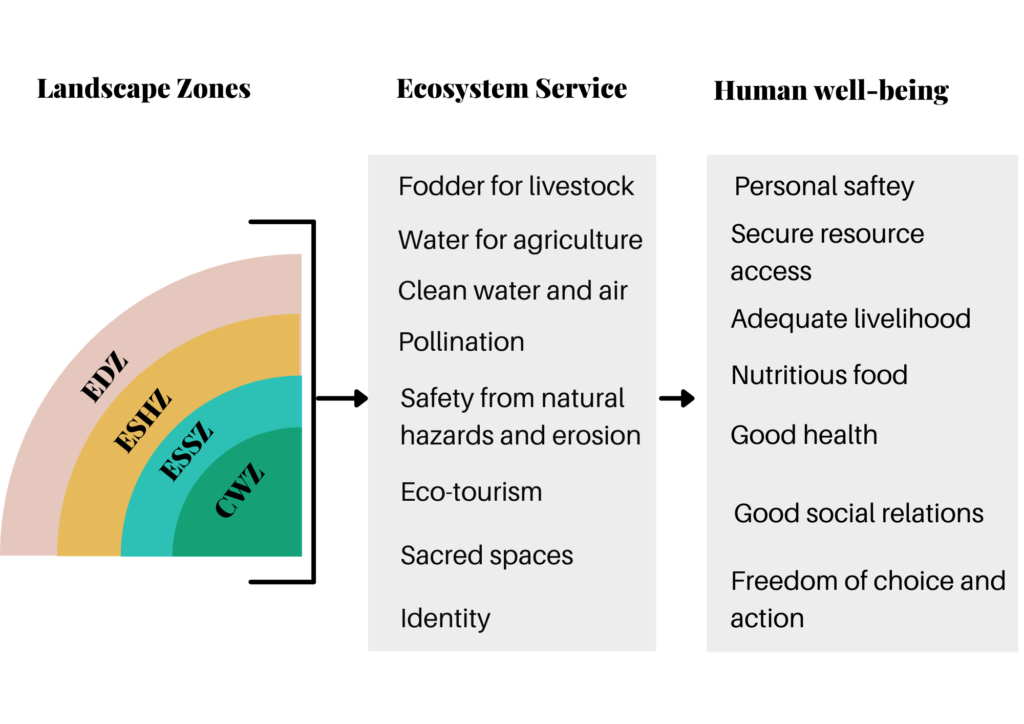 A simplified theory of change 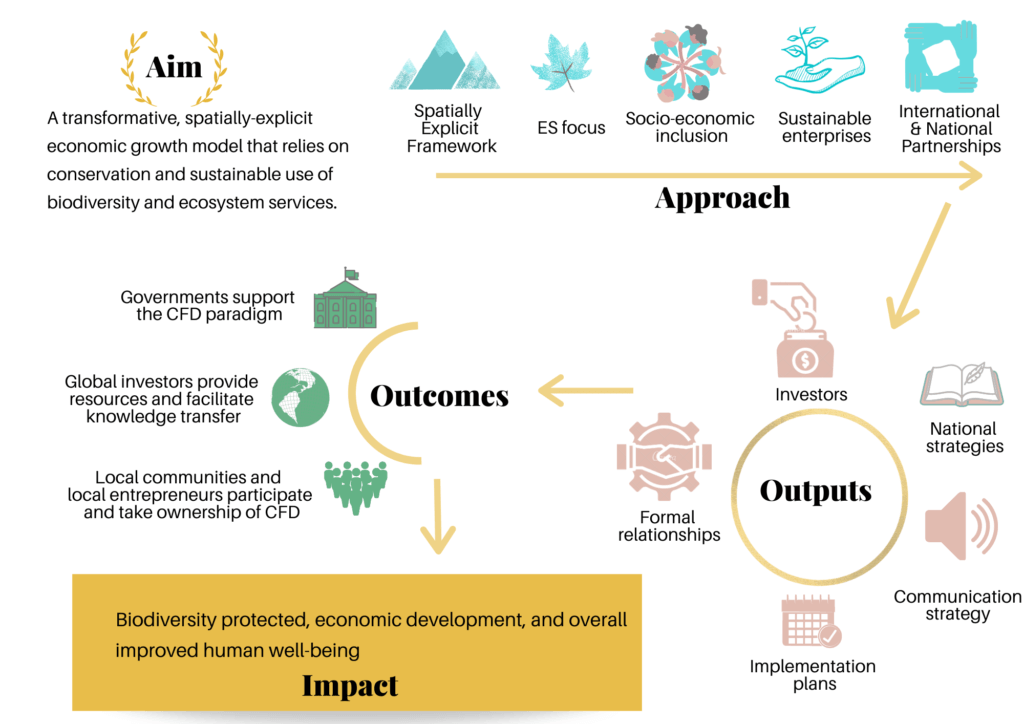 Figure 3: A simplified theory of change for the conservation-for-development paradigm detailing the strategic vision, the approach, the outcomes, and the overall impact expected.

The vision of the conservation-for-development approach is to create a transformative, spatially-explicit economic growth model that relies on conservation and sustainable use of biodiversity and ecosystem services. In this model, attempts are made to bring people and nature closer, and move away from human-nature dualism that has so far characterized both economic development and biodiversity conservation efforts. There is explicit acknowledgement that humans rely on nature for their physical and emotional well-being.

Government support, global investors, and local partnerships can lead to the longer term impact of protecting biodiversity while ensuring economic development and improved human well-being in the landscapes of interest. This is achieved through the five pillars of the conservation-for development approach: