A species under pressure

While the snow leopard is a top predator in its mountain ecosystem, human activities pose serious threats to these cats and their habitat.

Once largely protected by the very inaccessibility of its habitat and the elusiveness of its behavior, snow leopards today face mounting threats that have shifted the species’ status to Vulnerable on the IUCN Red List.

Growing human populations and development—mines, roads, and dams—are pushing into snow leopard habitat. And despite the snow leopard’s cultural relevance, when the cat clashes with humans and their livestock, it goes from paragon to pest in herders’ perceptions. Moreover, some covet its stunning pelt as appropriate for fashion and décor; in some Western countries cloth with faux snow leopard stripes is popular, a fad that may stimulate demand for real fur. So some snow leopards are killed in retaliation for livestock losses and for illegal trade in skins and other products. 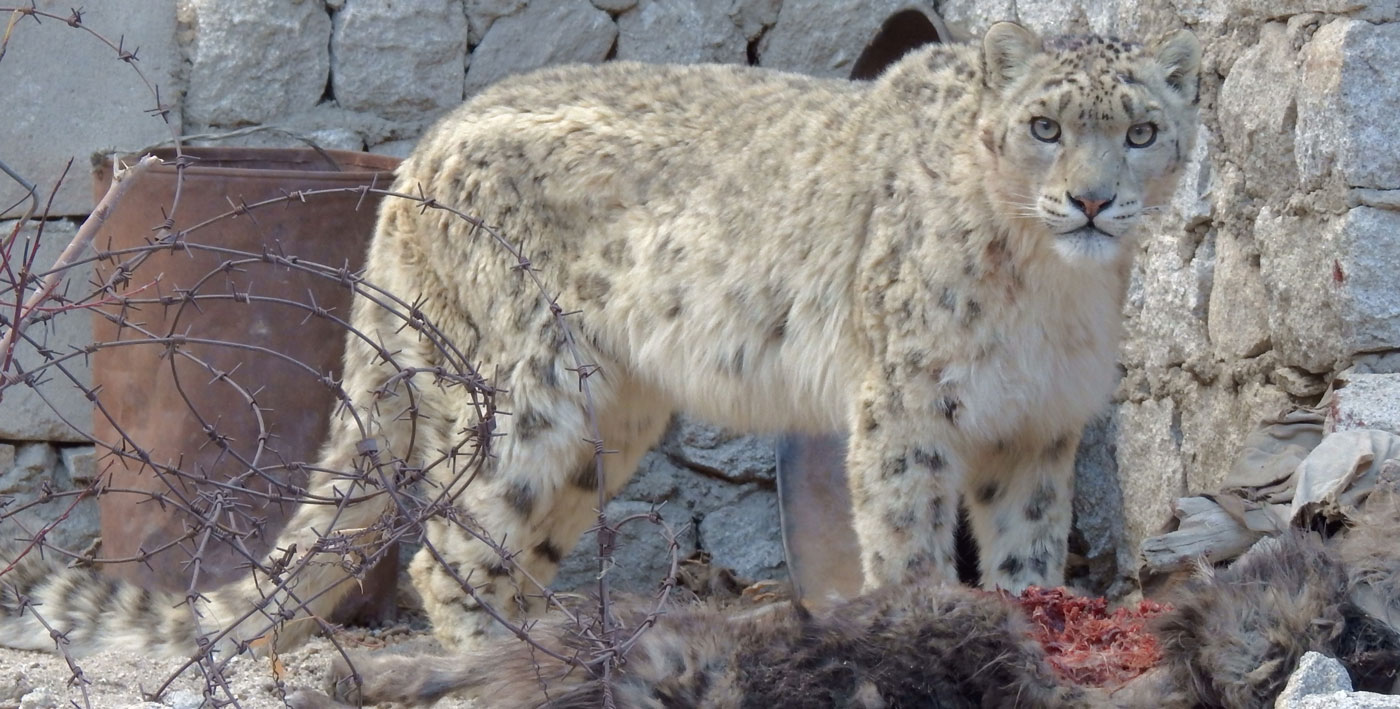 The following threat assessment to snow leopards, wild prey, and their ecosystems was prepared in a series of meetings between range country governments. It was prepared for the first Global Snow Leopard Conservation Forum, Bishkek in 2013.

One of the major threats to snow leopards is increasing livestock and overgrazing. Learn More

A lack of transboundary cooperation for snow leopard conservation threatens protection, law enforcement, and habitat connectivity as well as recovery efforts for the snow leopard and its prey. Learn more

There is a significant lack of awareness and understanding of the plight of the snow leopard, its value, prey, and habitat, as well as of the local and regional consequences of the on-going degradation of its ecosystems. Learn more

Habitat fragmentation and degradation, especially due to the growth of human habitations and large-scale infrastructure in the landscape, also poses serious threat to the quality of habitats and genetic connectivity of snow leopard populations. Learn more

All of the snow leopard range countries report they have insufficient numbers of trained conservation practitioners at all levels. Learn more

The challenge of conserving snow leopards is seriously exacerbated by the current lack of scientific information about many aspects of their ecology and behaviour. Learn more