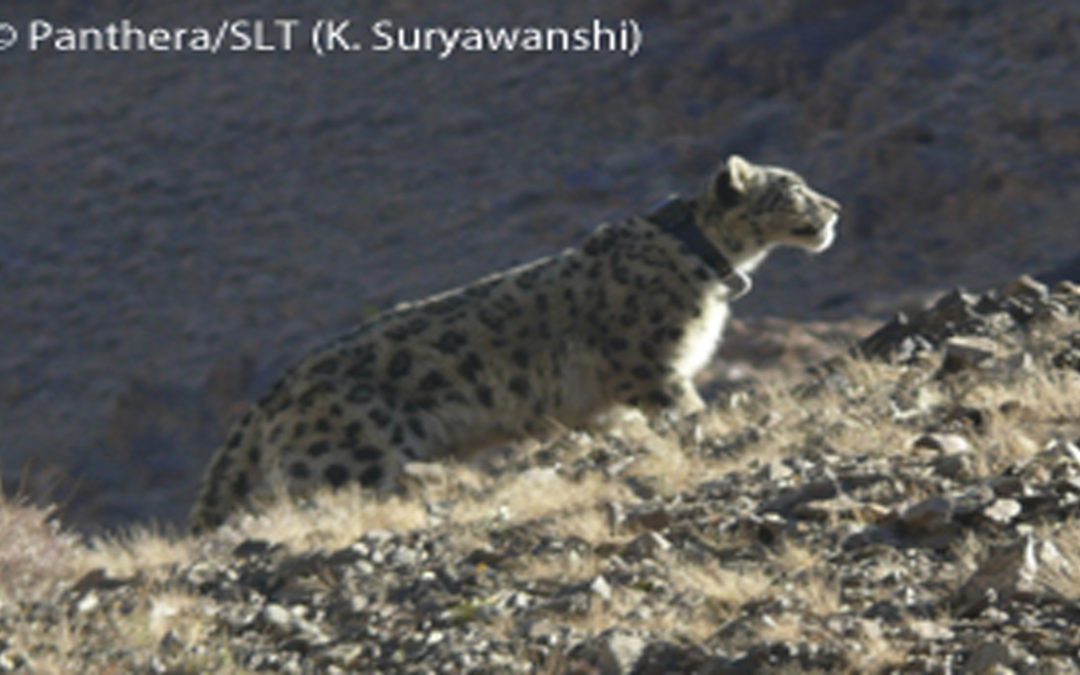 The Snow Leopard Trust has great news this week with the announcementthat they have captured and collared their 20th wild snow leopard in Mongolia’s Tost Mountains, the area of their 10 year long term study. This ground breaking study, which began in 2008,  is collecting the most detailed information on the life, habitats and movements of wild snow leopards ever conducted. The latest cat, a male, has been fitted with a GPS collar, which will now allow researchers to follow the animal and gather vital information over the coming months. “The cat weighed 44.3 kg [just under 100 lbs.] and we think he is 4-5 years old”, field scientist Örjan Johansson reported. This information will enable the Trust and others to develop long term strategies to help more snow leopards survive in the wild.You can read more about this amazing study on the Trust’s website where they will also be posting photos of this male. By Sibylle Noras April 3, 2015 http://snowleopardblog.com/