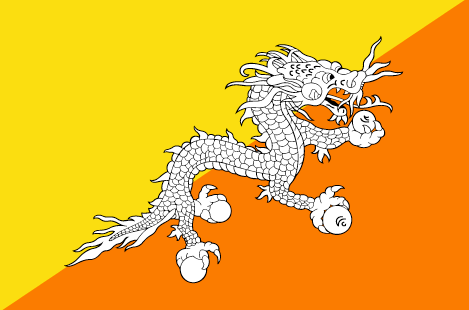 In Bhutan, the snow leopard (Panthera uncia) is revered as a mountain deity by the yak herders and the mountain communities. The snow leopard habitat in Bhutan encompasses the alpine landscapes in the north which also includes many sacred mountains and glacial lakes spanning across five protected areas and a forest division.  This landscape is also regarded as the treasure trove for medicinal herbs and home to many semi-nomadic communities.

As an apex predator, the snow leopard influences the ecological dynamics in the alpine ecosystems in Bhutan. Because of its use of extensive areas, the snow leopard is also an umbrella species and their conservation will also help to protect the water towers by ensuring ecosystem integrity. Its charisma and mystical nature makes it a flagship species that can attract wide support for nature conservation and development in the highlands.

The Royal Government of Bhutan has granted maximum protection to snow leopards by listing the species as a totally protected species under Schedule I of the Forest and Nature Conservation Act of Bhutan, 1995. Snow leopard conservation in Bhutan is guided by the National Snow Leopard Ecosystem Protection Priorities (NSLEPP). In line with the NSLEPP, the first nationwide survey of the snow leopard was conducted in the year 2016 using grid-based camera trapping which estimated 96 animals with an estimated density of 1.08 animals per 100 km2.

The snow leopard conservation priorities indicated in the NSLEPP and the findings from the  national snow leopard survey are translated into the Snow Leopard Conservation Action Plan for Bhutan: 2018-2023. The action plan identified the key threats, which included climate change impacts; habitat degradation, loss, and fragmentation; solid waste pollution; natural disasters; human-snow leopard conflict; and information gaps. Based on the analysis of these threats, several strategic actions were identified to ensure that snow leopard populations will persist and be conserved as a metapopulation by ensuring ecological connectivity across Bhutan’s northern landscape, and that local communities will become willing conservation stewards and guardians of snow leopards.