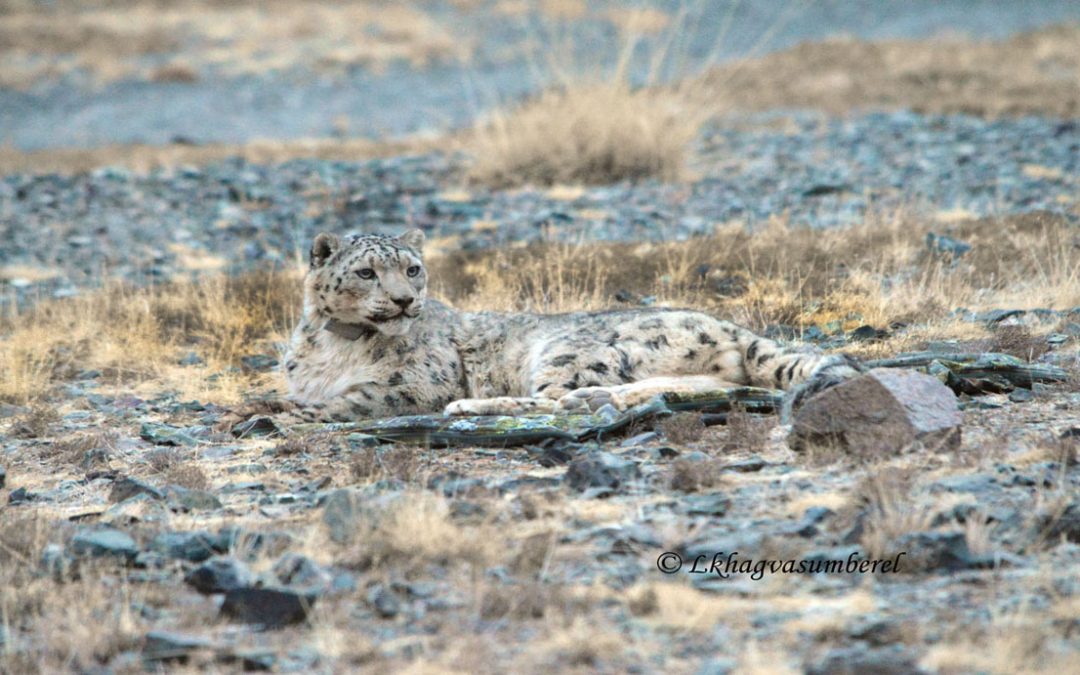 GPS location data show a Mongolian snow leopard tracing the paw marks of another male cat that used to live in the same mountain range.

Earlier this year, a new male snow leopard became part of our long-term study into these cats’ behavior in Mongolia as our field team managed to equip him with a GPS collar. He was named Tsetsen, Mongolian for “ingenious”. Early analysis of his location data are providing fascinating insights. Tsetsen’s behavior seems to mimic almost exactly that of Ariun, another male cat that was part of our study until December of 2013. “Their ranging patterns are nearly identical” says Senior Regional Ecologist Dr. Koustubh Sharma. “We’ve seen male snow leopards using home ranges previously occupied by other males before, but never such an exact match.” While it’s impossible at this stage to tell what might be behind the nearly identical movement patterns of Tsetsen and Ariun, they at least suggest that a snow leopard’s habitat selection may be influenced by some external factors that remain constant, such as topographical features. Tsetsen is currently the only cat in our long-term study in Mongolia’s Tost- Tosonbumba Mountains wearing a GPS collar, but the 20th snow leopard we’ve been able to track with this technology since the study began in 2008.

Did you know that you can symbolically adopt Tsetsen to help fund this crucial snow leopard research? Click here to find out more!

Source of the publication: http://www.snowleopard.org/