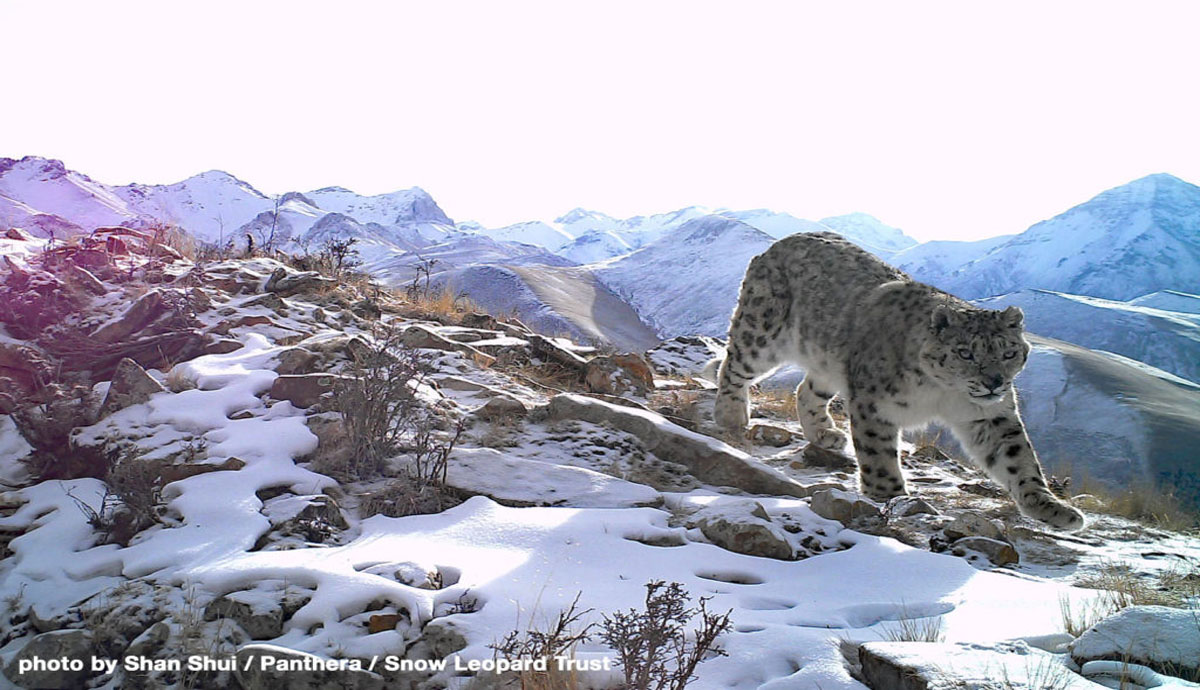 CO-MANAGEMENT ON THE ROOF OF THE WORLD

Green pasture surrounds craggy ridges and snowy peaks rising high above deep meandering valleys. This is where three great rivers—the Yellow, Yangtze and Mekong—wind away from one another in the centre of the Tibetan Plateau. The area also serves as a significant controller of the Asian monsoon system that affects the climate of 3 billion people.

The Sanjiangyuan (Three Rivers) National Nature Reserve (SNNR) in China’s Qinghai Province is nearly four times as large as Switzerland. It is home to the snow leopard, Tibetan antelope, wild yak and black-necked crane; all threatened with extinction.

It is also home to 200,000 people— mainly Tibetan herders. These people, and billions of people living downstream, rely on this fragile environment to meet their basic needs and generate local livelihoods.

Cuochi Village, with its three hamlets and 230 households, is in the heart of snow leopard habitat in SNNR. Aerial photographs of the village are posted on the wall of the community centre showing the boundary of the zoning area and wildlife icons depicting frequency of sightings. There is also an organization chart indicating the members and structure of the co-management committee. The community signed a co-management agreement with the SNNR authority and the Qinghai Forestry Department (QFD). This agreement provides the community full autonomy in conserving wildlife and protecting the environment on their 240,000-hectare grassland area. If the agreed conservation targets are achieved, the community receives a small financial contribution which can be disbursed at its own discretion—for health and education primarily.

Cuochi village was provided with wildlife monitoring equipment and engages in patrolling and monitoring activities for snow leopards and other species. Based on the lessons learned from preceding community conservation projects supported by various NGOs including Plateau Perspectives, two complementary approaches are employed:

In the past the government’s policy was to relocate the herders to urban areas in the name of habitat protection. Now families—mainly indigenous and ethnic minorities—are given a choice to remain on their land.

“We are determined to continue our co-management operation after the project closure,” said the Cuochi village leader. “We plan to register ourselves as a community based organization—a legal entity.”

In the remote mountain regions where snow leopards live, local herders are the eyes and ears for the species protection. Co-management and co-existence are the only ways to ensure survival of the magnificent species and sustainable development of the mountain regions.