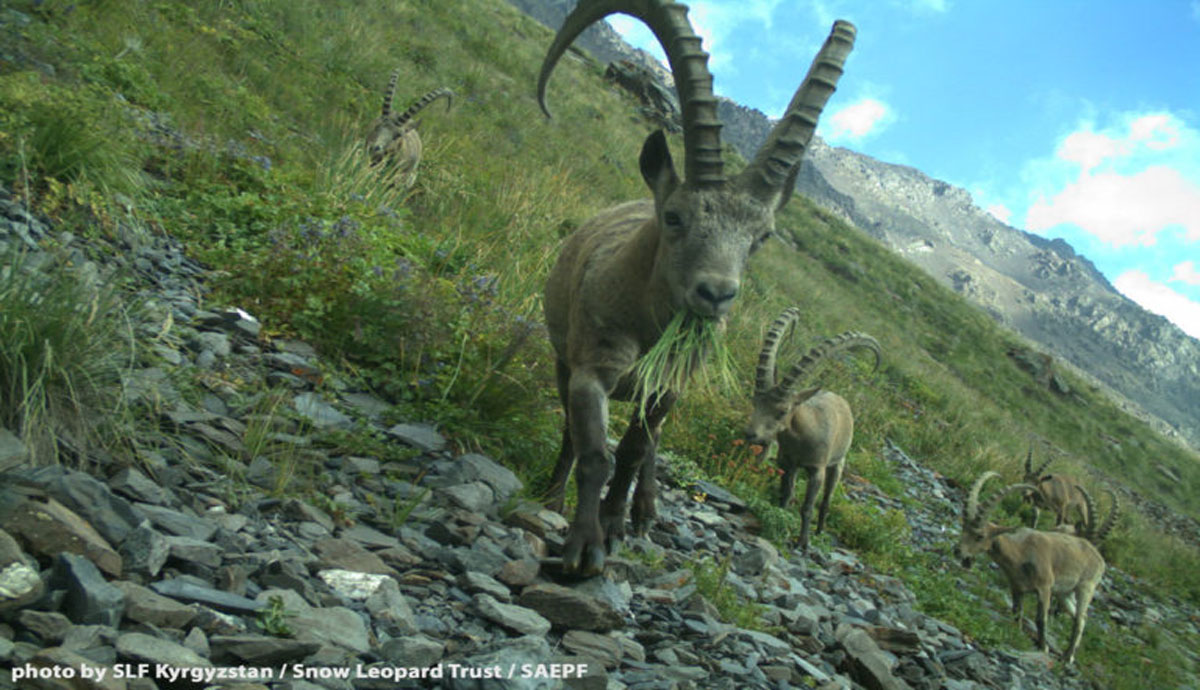 LAND USE PLANNING AND BIOLOGICAL CORRIDORS

A new project recognizes that buffer zones around PAs, biological corridors that connect otherwise-isolated PAs, and sustainable forest and pasture management in the wider landscape are key not only to the survival of snow leopards and their prey, but also to sustainable local community development. The project will focus on improving land-use planning and management and strengthening the system of PA buffer zones and wildlife migration corridors in two administrative districts, Toktogul and Togustorous. Currently, their forest and land-use plans do not take into account the ecological requirements of species such as snow leopards and their prey which utilize the same land and natural resources as human stakeholders. The project will establish landscape-scale land use planning that takes into account the multiple sectors that utilize the land, from agriculture and forestry to wildlife conservation, tourism, energy and industry sectors.

The project will support the development of a cross-sectoral land-use plan incorporating information describing ecosystem characteristics, natural and anthropogenic processes and

Information System (GIS) technology will be used to create maps accurately representing natural and cultural landscapes, soil profiles, wildlife distribution and biomes. Participatory planning methods that incorporate all stakeholders, including women, indigenous peoples, ethnic minorities and other marginalized groups, will be used to ensure that the land-use planning documents balance social and economic development priorities with conservation objectives while fully accounting for the current status of habitat and species conditions, ecological sensitivity and ecosystem services function.

Improved land use as supported by this project also includes the establishment of two new PAs, Alatai and Kanattuu, covering 102,485 ha of snow leopard habitat. Using the maps and data from the new joint land-use plans, the project will support the delineation and operationalization of buffer zones and wildlife corridors surrounding these areas. Extensive consultation with the stakeholders that use these lands, including male- and female-headed pastoral households, trophy hunters, tourists and mining  companies, will yield agreements regarding conservation-friendly economic activities that allow for continued livelihood activities in a way that minimizes disturbance to wildlife, particularly during the migration and reproductive seasons. Such activities will include managed hunting areas, regulated grazing, ecotourism and harvesting of timber and non-timber forest products according to sustainability principles. Incorporating the traditional knowledge of the people groups who have co-existed within these habitats for generations will improve conservation success and help preserve the region’s rich cultural heritage.

In highly fragmented areas, where land is heavily used, it is critically important to work collaboratively with all stakeholders and sectors to ensure that the wider landscape matrix surrounding the strictly protected zones can accommodate biodiversity conservation as well as sustain communities. Through this project, the government will not only expand the national PA network, but ensure that biodiversity and wildlife conservation needs, including those of snow leopards, are effectively considered and integrated in the wider, productive landscapes that surround these PAs.