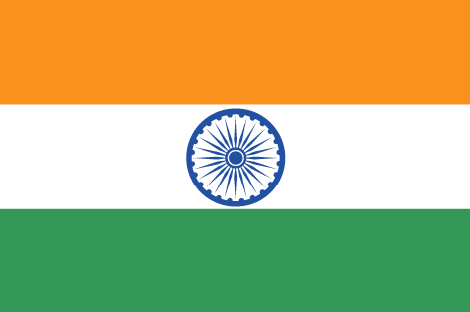 The range occupied by snow leopard has immense ecosystem significance in terms of values for watershed services, biodiversity, aesthetics and resultant interface of people with nature for life support systems and cultural diversity.

Therefore ecological integrity of the snow leopard habitats has attributes related to the socio-cultural wellness of the area as well as economic well-being of the populations in the watersheds downstream. Conservation of Snow leopard is a concern due to a range of traditional and modern threats in its habitats varying in the regions.

Prominent among these threats include conflicts with herders, sometimes leading to retaliatory killings, poaching for bones and skin, reduction in wild prey due to poaching and competition with livestock, habitat degradation due to anthropogenic pressures and in the recent years, increasing infrastructure development pressures.

Shortage of frontline staff along with challenges of capacity upgradation needs for changing paradigms, poor infrastructure/logistic support and science based information for adaptive management are the factors related to the efficacy of management efforts.

Recognizing these issues and the uniqueness of the area, the Ministry of Environment & Forests (MoEF), Government of India, embarked upon a process of consultations with States and numerous agencies since 2004 that resulted in the formulation and launch of the Project Snow Leopard (PSL) in 2009. PSL is a strategy for planning and implementation of knowledge and landscape based participatory conservation initiatives using snow leopard as a flagship. The PSL suggests preparation of scientific management plans for carefully identified priority landscapes, that are zoned and threats mitigated through participatory approaches, collaborations and enforcement. This initiative has provided a timely thrust to the conservation needs of this flagship species representing the Indian high altitudes.

India has strong wildlife legislations and snow leopard is conferred the highest level of conservation status. The country also has policies geared to enable participation at different levels. There are a few scientific institutions that are partnering with State Forest Departments to help design and implement better programmes for snow leopard conservation.

Some quality research from the area are available, but it is suggested that in the near future robust data are generated on snow leopard and prey abundance, diets and other aspects of ecology so that these are available for adaptive management. The PSL provides a strong strategy framework for participatory planning and implementation of programmes.

One landscape in each of the five States is being selected and management plans are being prepared by the Forest/Wildlife Departments in collaboration with scientific agencies. In the National Snow Leopard Ecosystem Priorities, actions will be largely in tune with the PSL.

The conservation action is proposed to use about 60% of the allocated resources. Investment on capacity enhancement and research is contemplated to use about 30% of the resources and better coordination of the programme at the Federal level will take the remainder 10% of the allocations. ‘Good practices’ discussed in the PSL and the Global Snow Leopard Initiative will assist in sound implementation of the conservation programmes.  Committees constituted at the national, state and landscape levels, with assistance of organizations such as the Wildlife Institute of India, would be monitoring the programme to ensure effective implementation of the various activities.