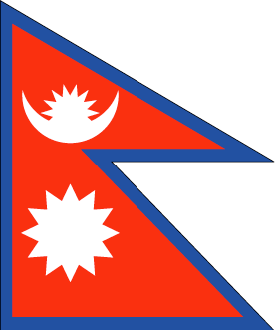 Potential snow leopard habitat is estimated around 13,000-km2, which is largely located in the Himalayan range from east to west.

Besides protected area system, adjoining national and community forests, rangelands, where prey-base is sufficiently available are the suitable habitats to snow leopards.

The population estimate, based on linear relationships between genetic analysis and scrape encounter rates, which have been cross-verified with predator-prey relationship is 301-400 individuals in Nepal. The population density ranges from 1.5 to 3.2 animals/100 km2, with the highest density found in western complex. However, to verify this figure required more systematic and rigorous study in near future.

The generated information on snow leopard, its prey base and habitat, which are scanty and outdated such as VHF radio telemetry date backed to 90s, require refined. Available advanced technologies on research methodology such as fecal DNA, camera trap and GPS satellite collars should be internalized to formulate science-based conservation plan of this species.

Snow leopard is an apex animal to the Himalayan Ecosystem. Blue sheep and Himalayan tahr are the major wild prey-base to the species. However, snow leopards often kill the livestock both at individual and groups. Snow leopard is being threatened mainly because of retaliatory killings due to livestock depredation, poaching for illegal trade of its body parts, loss of prey base and habitat loss.

Poachers and wildlife criminals kill the animal for skin and bones that have higher demand with higher prices in the international markets. Retaliatory killing of snow leopard is quite common in Nepal. There are evidences that this species is competing with common leopard for shelter and food, as the common leopard is climbing upward especially in SNP, KCA and ACA possibly in the context of climate changing scenarios.

The government of Nepal has strong legal provisions to control wildlife crimes particularly for protected animals such as snow leopard. The provisions include imprisonment of 5 to 15 years or penalty of NPR 50,000 to 100,000 or both. Effective law enforcement is crucial to control poaching and illegal trade of snow leopard.

Efforts should be made at local, national and regional levels in order to protect this charismatic species. Strengthened community based snow leopard conservation initiatives, establishment of sustainable institutional and financial arrangements, effective implementation of national conservation action plan, and transboundary and regional cooperation are important for the conservation of snow leopards.