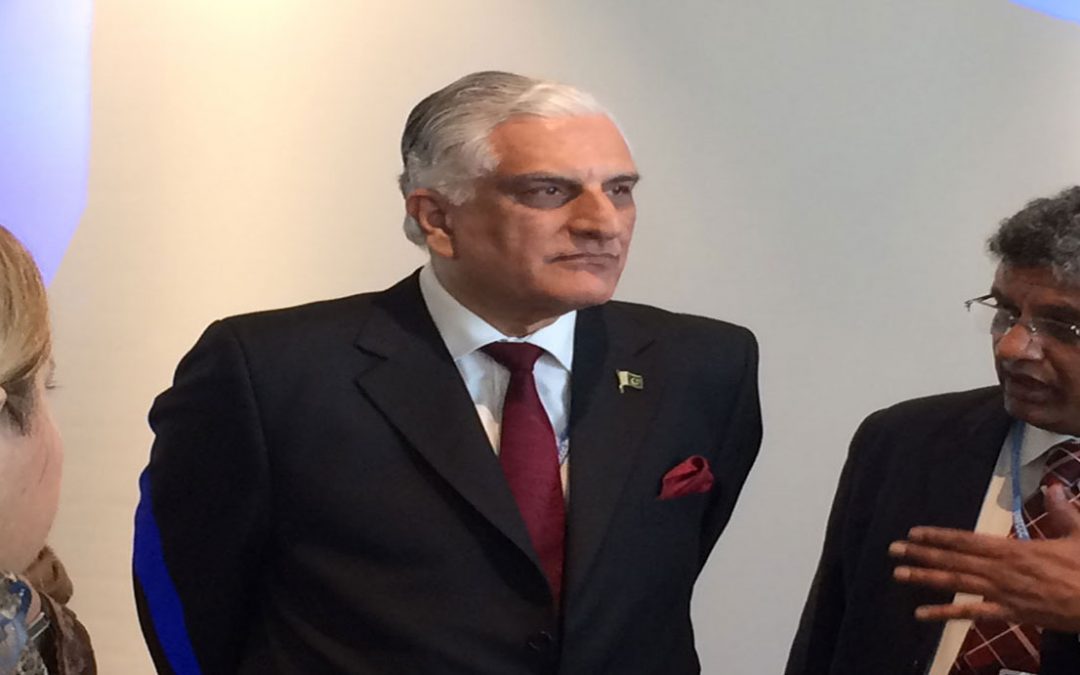 The Business Recorder, December 8th, 2015 ISLAMABAD: Federal Minister for Climate Change Zahid Hamid has said that Pakistan was fully committed to the objective of conservation of nature and was willing to play its role in a long term conservation strategy. He was speaking at an event organized by Global Snow Leopard Steering Committee in Paris, in his capacity as its Chairman, said a message received here on Tuesday. He appreciated the initiative of GSLSC Secretariat to organize the event. He said that the event is a timely reminder to strengthen the efforts to save the Snow Leopard from direct threats of poaching and retaliatory killing. He reminded that climate change is very real threat to the habitat of this magnificent animal and consequently to the cycle of nature. While speaking on the event Zahid said “It is an honour and a pleasure to be present here as Minister for Climate Change, Pakistan and Chairman, Global Snow Leopard Steering Committee”. The minister said “I appreciate the initiative of the Global Snow Leopard Steering Committee (GSLSC) Secretariat to organize this event on the sidelines of 21st Session of the Conference of the Parties to the United Nations Framework convention on climate Change, known as COP-21. “In my view, the timing of this event is significant because whereas our efforts to save the Snow Leopard were initially directed towards addressing the direct threats of poaching and retaliatory killing, we must not forget that climate change is also a very real threat to the habitat of this magnificent animal,” he maintained. The Pakistan delegation to COP-21 included representatives from civil society and the scientific community, as well as experts from the Ministry of Climate Change. Our research think tank, the Global Change Impact Studies (GCISC) is also represented, and I am informed by them that the effect of climate change on the Himalayan-Karakoram-Hindu Kush glaciers during the next 40-50 years is bound to adversely impact the habitat of the Snow Leopard in 23 identified landscapes of 12 range countries, including Pakistan. This emphasizes the need for all these countries to undertake concerted efforts to save this marvellous animal from extinction, he added. Healthy Snow Leopard population in an ecosystem signifies the message that we are living in a healthy ecosystem”, he said. Rather than a piece-meal, project-based approach, it is necessary that we adopt a coordinated and holistic approach to help the Snow Leopard, an approach which encompasses the entire ecosystem that provides it with food and habitat. “I am pleased to state that the private sector in Pakistan is now increasingly active in the field of wildlife and biodiversity conservation.” He acknowledged the captivating documentary titled: “Markhors: the Cliff Walkers” produced by Dawood Foundation which has helped to raise public awareness of hitherto-ignored conservation areas. The habitat of the Markhor is of course also the home range of the Snow Leopard. He said Snow Leopard conservation programme is focused on protection of ecosystems, with emphasis on the people that inhabit the Snow Leopard range. The livestock of the people that live in the Snow Leopard habitat has to be given due attention and the initiatives undertaken so far for Snow Leopard conservation have also kept in mind the needs and wishes of the local population, as this will remain the key to success of a long-term conservation strategy. Copyright APP (Associated Press of Pakistan), 2015 Source: http://www.brecorder.com/markets/equity/1/266836.html?section=1