PAWS: Status of snow leopard and prey in Himachal Pradesh 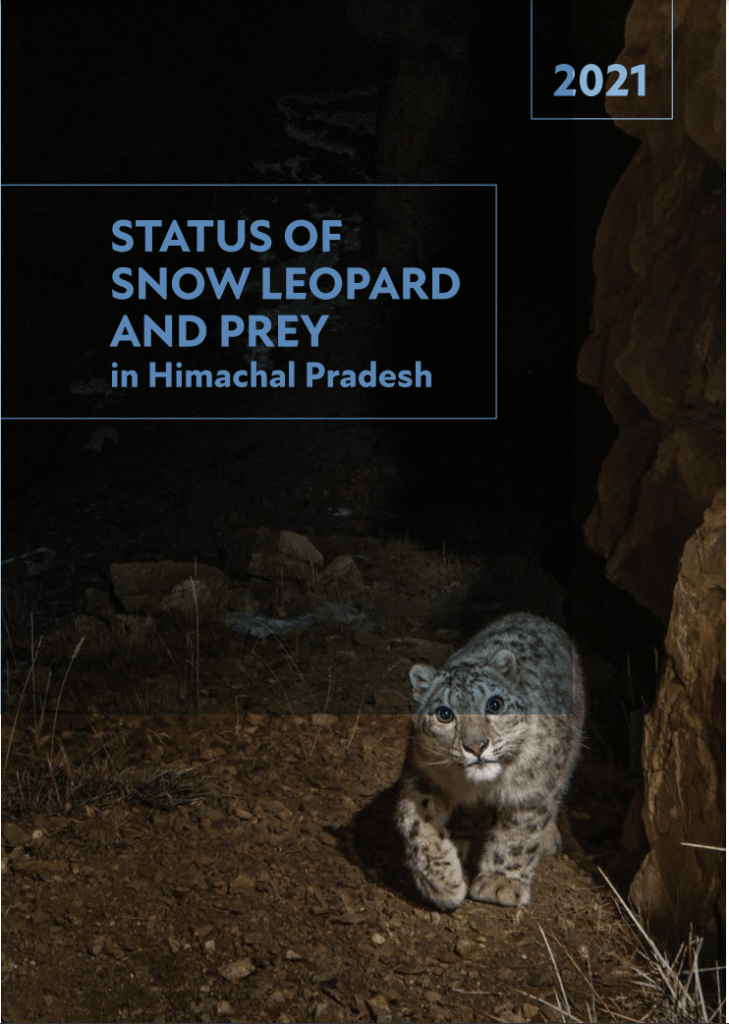 The Wildlife Wing of the Himachal Pradesh Forest Department partnered with the Nature Conservation Foundation (NCF) to conduct a three-year snow leopard and prey population survey in Himachal Pradesh, India. This survey provides the first-ever, scientifically robust estimate of snow leopards across a large landscape- the entire Himachal Pradesh state. It is part of the “Snow Leopard Population Assessment in India” project and contributes to the PAWS initiative that is led by the Global Snow Leopard and Ecosystem Protection Program. NCF partners with the Snow Leopard Trust, which has played a pivotal role in getting the PAWS initiative off the ground.

Over a three-year survey, 44 individual snow leopards were captured in an extensive camera trapping exercise, leading to an estimate of 51 snow leopards with a density between 0.08 to 0.37 individuals per 100 square kilometers. This places the official population estimate in the state of Himachal Pradesh at 51 individuals (with statistical confidence limits ranging from 34 to 73 individuals). This population estimate is valuable as a standalone achievement, but will also serve as a marker for assessing the effectiveness of future conservation efforts.

The estimate was achieved through rigorous data collection by the Nature Conservation Foundation in partnership with the Himachal Pradesh Forest Department. Over the project timeline, 80 camera traps were placed in each of 10 sites across Himachal Pradesh’s snow leopard habitats: Bhaga, Chandra, Bharmour, Kullu, Miyar, Pin, Baspa, Tabo, Hangrang and Spiti.

This assessment contributes to the global snow leopard PAWS effort. The aim of the PAWS project is to arrive at a reliable global estimate of snow leopards. All 12 snow leopard range countries are participating in the initiative.