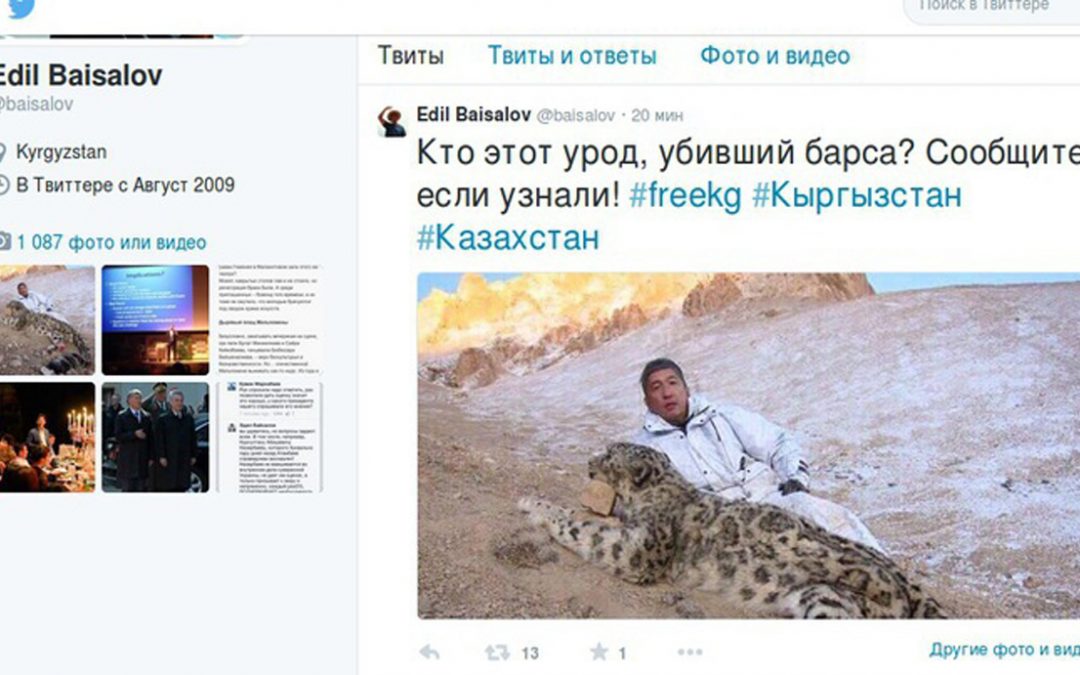 The Secretariat of the Global Snow Leopard and Ecosystem Protection (GSLEP) Program strongly condemns the acts and circumstances surrounding the repulsive photograph of a person posing with a dead snow leopard that has started circulating in social media. Some people have identified the man to be a globally well-known billionaire. There are also some claims that the image may have been morphed. Even so the symbolism of the image is perverse and creates an ugly feeling. Killing of a snow leopard is a serious offence in all 12 countries where this endangered species occurs. The GSLEP Program Secretariat urges the law enforcement agencies of these countries to investigate the acts and circumstances surrounding this photograph and ensure appropriate legal action. The snow leopard is a symbol of the rich natural and cultural heritage of Asia’s mountains, and reprehensible and illegal acts such as the one depicted in the photograph must not be ignored.