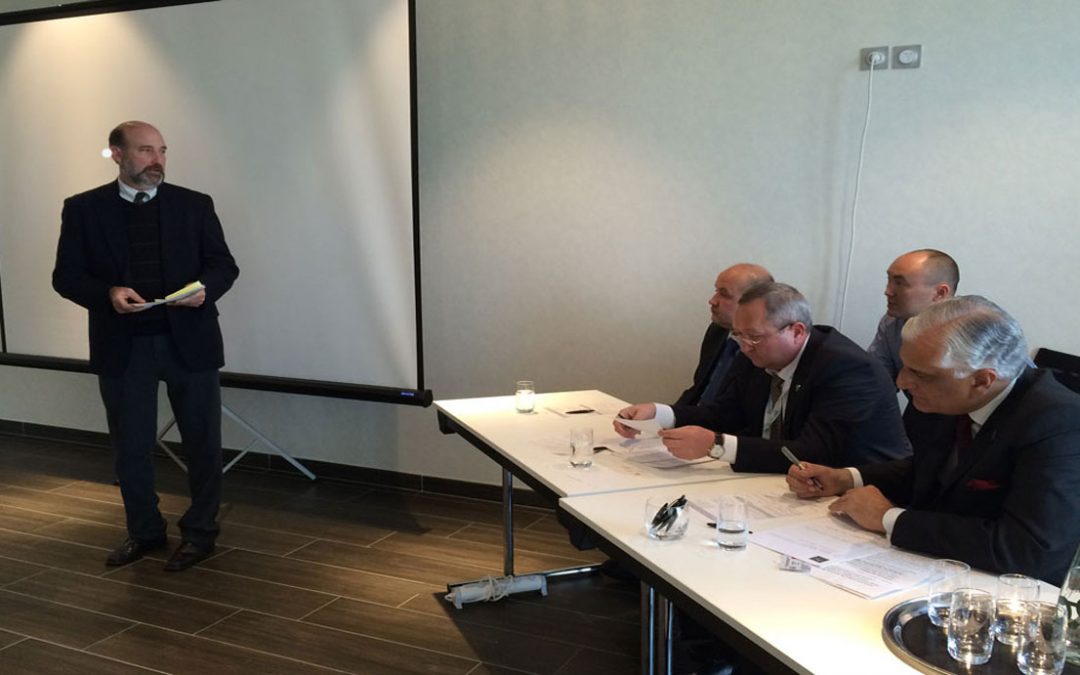 by Rina Saeed Khan, The Dawn, December 8th, 2015 The Global Snow Leopard Ecosystem Protection Programme held a meeting in Paris on Monday that was chaired by the federal Minister for Climate Change, Zahid Hamid. The minister is currently the chair of the programme’s steering committee. It was the previous Pakistani minister for climate change, Mushaidullah Khan, who was elected the chair of the committee in March 2015 in Kyrgyzstan. He had to resign over the controversial interview he gave to media, causing a big setback for the ministry of climate change until the new minister was appointed just 10 days before the UN Climate Change Conference began. The distribution of the snow leopard, which is also found in Pakistan’s mountains along with 11 other countries in Central and South Asia, is currently being affected by the ever changing impacts of climate change. Hence, it was the “importance of the briefing held in the backdrop of COP21” according to Sabir Atadjanov, the co-chair of the steering committee of the programme from Kyrgyzstan. He introduced the federal minister from Pakistan, who explained that: “The affect of climate change on the Hindukush and Himalayan glaciers was bound to impact us. There is a need for all countries to protect the glaciers and mountains”. The minister said that he had drafted several environment laws in Pakistan, including the 1997 Pakistan Environment Protection Act and several provincial and wildlife laws. He added that he would be arranging a trip soon to the north of Pakistan to see the “Markhors and the majestic snow leopards in their natural habitat”. The focal person of the snow leopard programme in Pakistan is the IG Forest, Syed Mahmood Nasir, who was also present at the meeting. “A vibrant population of snow leopards means that we are still living in a healthy and sustainable ecosystem. According to best estimates there are just 200-400 snow leopards surviving in Pakistan while the global population is estimated at 6000” he said. Scientists from the Global Change Impact Studies Centre in Islamabad who also attended the meeting stated that: “Scientific projections indicate that if drastic measures are not taken for stopping the factors that are causing climate change the habitat of snow leopards is likely to be destroyed”. According to the global protection programme 20 landscapes of snow leopards shall be protected by the year 2020. Pakistan is included in these landscapes. The federal minister who closed the meeting said that: “The mountain dwelling villagers will remain at the centre of all conservation efforts”. A film on the Markhors which shares the same habitat as the snow leopard called the “Cliffhangers of Chitral” funded by the Dawood Foundation and made by Walkabout Films was shown and well received by the participants. The minster for climate change presented copies of the film to all the participating ministers of the Central Asian states. Source: http://www.dawn.com/news/1224918