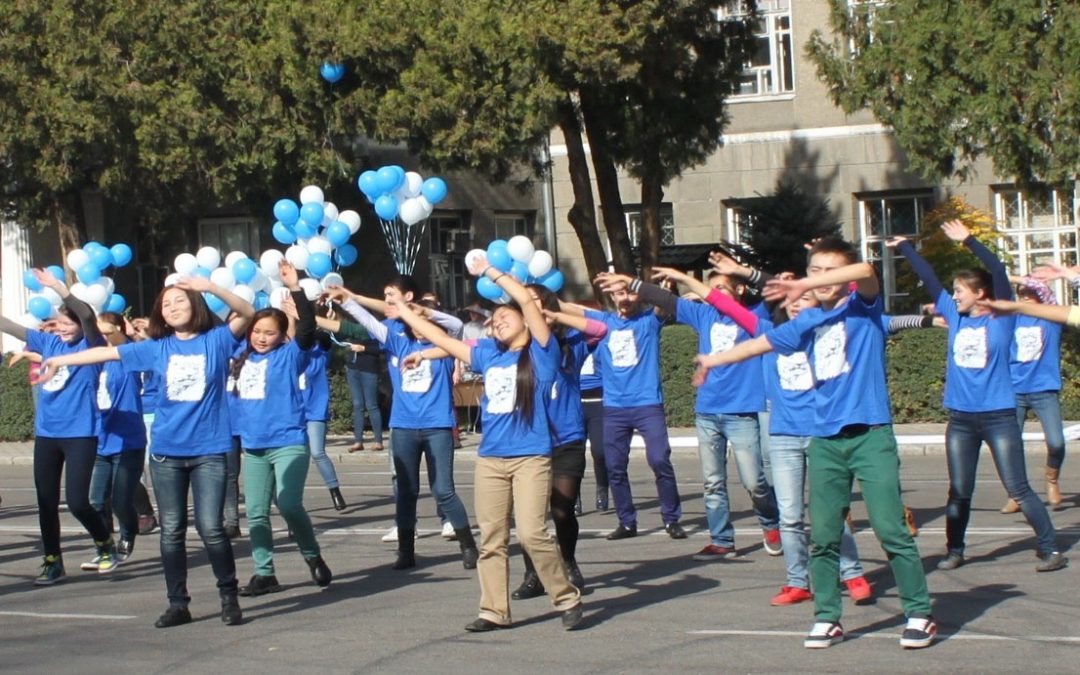 The operations of the Global Secretariat in Bishkek are in full swing after the steering committee met, and unanimously agreed on the location, in March 2015. Before this, the Secretariat had been involved in organizing several events. These included the technical workshop at Lake Issyk kul in June 2014, where the snow leopard landscapes were identified, the briefing meeting at the Climate Change CoP in Lima, Peru, where the range countries were briefed about the progress up until then, and Snow Leopard Day on October 23, when celebrations took place at schools, colleges and public gatherings.

On October 23, 2014 a flash mob was organized with the support of the GSLEP Secretariat, State Agency for Environmental Protection and Forestry under the Government of Kyrgyz Republic, the American University of Central Asia and NABU. More than 100 students from the AUCA performed a dance and released balloons in the sky. The flash mob was organized to draw public attention to the threats the wild snow leopard faces and the destruction of its habitat. A scientific conference for the youth was also held on the same day at the Bishkek Humanitarian University and was named after Prof. Kusein Karasaev, the famous phenologist and linguist from the 20th century.

In the next several weeks, Kyrgyzstan is planning to launch a country-wide survey of snow leopards using camera traps and collecting evidence of the species’ presence. Simultaneously, the management planning exercise for the Sarychat (Central Tien Shan) landscape has begun. Information is currently being collected from various sources to develop the management plan for the landscape using the guidelines launched during the Steering Committee Meeting.

With collaboration between SLT, SLFK, Interpol and the Protected Areas’ Department, Kyrgyzstan is also initiating a program to reward rangers and citizens who successfully stop illegal hunting in the Protected Areas across the country. The program will include capacity building and training for frontline staff, and also hold a regional technical workshop with participation from neighboring countries on the issues of illegal wildlife trade. With full understanding of the issues of biodiversity and cultural erosion, SLFK is beginning to amass a repository of bio-cultural folklore and creating an educational strategy for children living in and around snow leopard habitats in Kyrgyzstan. 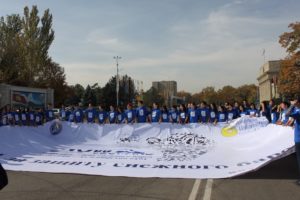 On-going educational activity in a school in Bishkek