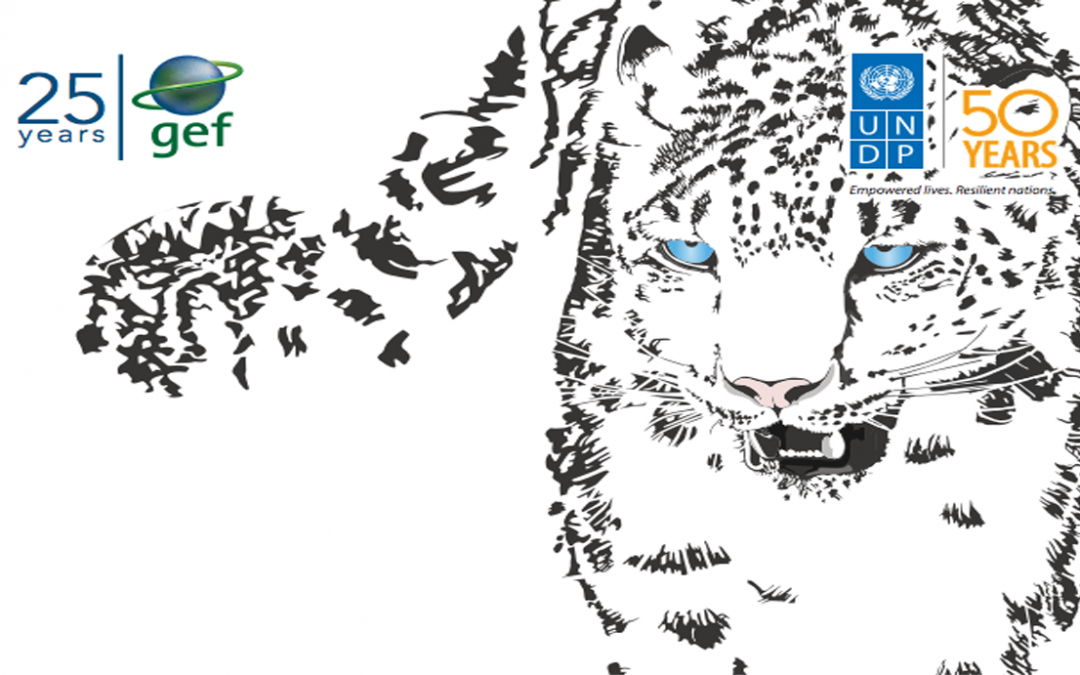 To mark International Snow Leopard Day, the Permanent Mission of the Kyrgyz Republic und UNDP have invited conservationists and other interested parties to a high-level panel discussion on Snow Leopard and High Mountain Ecosystem Conservation.

The event was opened by Ms. Adriana Dinu, Executive Coordinator, UNDP – Global Environment Finance, and Mr. Adylkalyk Rustamov, Director of the State Agency on Environment Protection and Forestry of the Kyrgyz Republic. 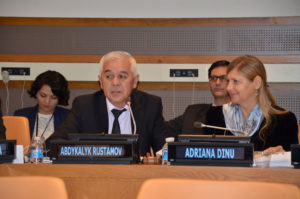 Mr. Rustamov thanked attendees for their interest in snow leopards. He highlighted the role of this cat as an ambassador of Central Asia’s mountain ecosystems. In his remarks, he particularly stressed the importance of integrating climate-smart conservation efforts with the interests and needs of the local communities who share the snow leopard’s habitat – a point that was shared by Peter Zahler, coordinator of WCS‘s snow leopard program. Mr. Zahler spoke of the economic challenges these communities face – and how they can be met, for instance through co-management models of protected areas; a model WCS has successfully implemented in Afghanistan’s Wakhan 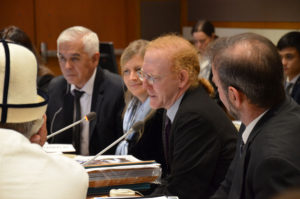 National Park. The WWF‘s John Farrington shared other innovative community-based conservation approaches, such as a recent drive to trade steel jaw traps for useful household goods, initiated by local children in Mongolia’s Altai Mountains. The link between conservation and development was then made explicit by Midori Paxton, Head of Biodiversity at UNDP. Ms. Paxton spoke of the close linkages between snow leopard conservation, and the United Nations development goals. “The snow leopard is not just an icon of Central Asia’s mountain ecosystems. A healthy snow leopard population is also a very good indicator of healthy ecosystems – and thus of sustainable development per se.” A publication titled ‘Silent Roar: The UNDP and GEF in the Snow Leopard Landscape’ was also launched at the event. The publication highlights the importance of conserving snow leopards and its ecosystems and gives a preview of several on-going and upcoming projects supported by GEF and UNDP across the snow leopard range, emphasizing how conserving the snow leopard, an apex predator, supports preservation of the overall ecosystem. Mr. Rustamov extended an invitation to all participants to join him in Kyrgyzstan in the summer of 2017 for a proposed snow leopard conservation summit, before this panel discussion was closed by Mr. Zhaparkul Raimbekov, an elder from Kyrgyzstan, who chanted a traditional blessing. He spoke of the inherent value and dignity of the snow leopard, and of the importance of mutual respect between all creatures. At the event, UNDP and the Government of Kyrgyzstan also announced a GEF financed Transboundary Cooperation for Snow Leopard and Ecosystem Conservation project. The four-year UNDP project, funded with US$ 1 million from the GEF and $US 4.196 million in co-financing will be implemented by the Snow Leopard Trust to strengthen global trans-boundary efforts to conserve snow leopards and their high mountain ecosystems. The project will address the key existing and emerging threats snow leopard populations and local communities face with a focus on four Central Asian countries: Kazakhstan, Kyrgyzstan, Tajikistan and Uzbekistan. It will also include pilot work in the Central Tien Shan mountain range that includes two snow leopard landscapes with shared boundaries between Kyrgyzstan and Kazakhstan. “The project results will be relevant not only for snow leopard and high-mountain communities in Central Asia, and for the protection of these magnificent species, but also for all 12 snow leopard range countries who have committed to the objectives of the GSLEP programme,” stated Magdy Martínez-Solimán, UN Assistant Secretary General and Director of UNDP’s Bureau for Policy and Programme Support.