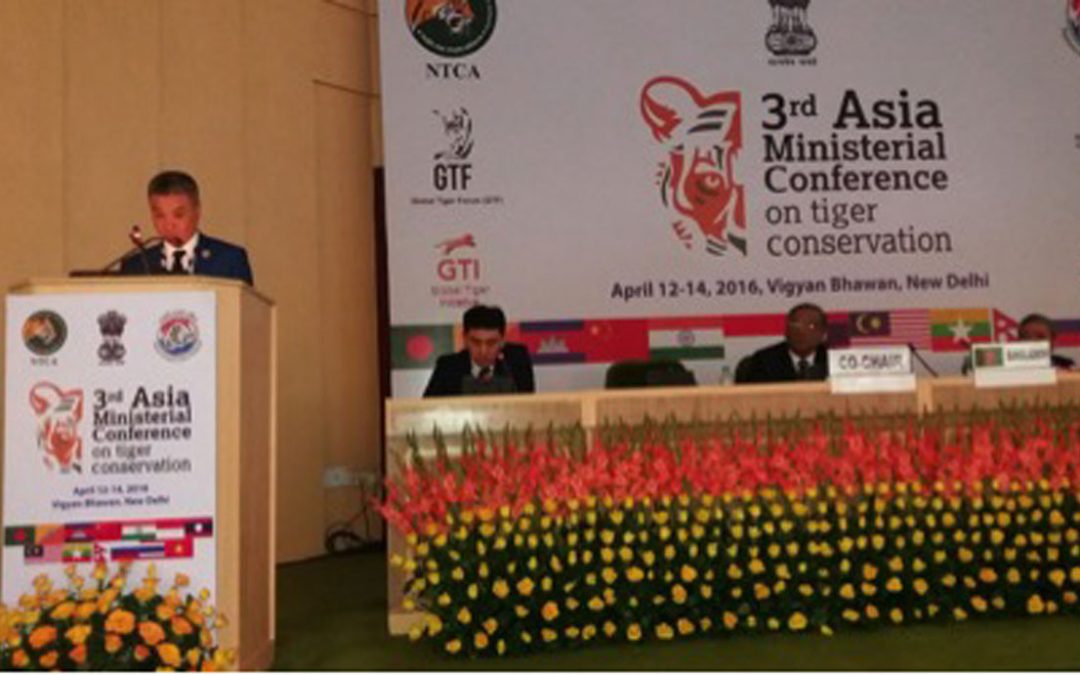 The delegation from Kyrgyzstan, led by N. Zhumaev, Deputy director of the State Agency of Environment Protection and Forestry of the Kyrgyz government, have participated in the 3rd Asian Ministerial Conference on tiger conservation which was held from 12 to 14 April 2016 in New Delhi, India. The purpose of the participation of Kyrgyz delegation to the Conference was the presentation of the activities in the framework of Global Snow Leopard & Ecosystem Protection Program (GSLEP) and operations of Kyrgyzstan in this direction. Kyrgyzstan is paying high attention to all the activities that are going on in tiger range countries for implementation of Global Tiger Recovery Program. Six of the tiger range countries are also home to snow leopards. At the inaugural ceremony, the participants were addressed by the Prime Minister of India, Narendra Modi. The event gathered more than 700 delegates, experts and representatives from around 13 countries. 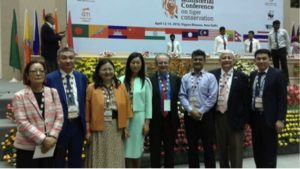 During theconference, participants shared their experiences of each
country to preserve and increase tiger population, the anti-poaching program, optimization of environmental legislation. In the presentation, the Kyrgyz delegation highlighted the ongoing work and the conservation of biological diversity measures, conservation and restoration of populations of snow leopards in Kyrgyzstan. They also reported on the progress from the Global Forum on snow leopard conservation, which took place in 2013 in Bishkek. In addition, the delegation informed about the ongoing preparations for an upcoming Summit on snow leopard conservation in 2017 in Kyrgyzstan.