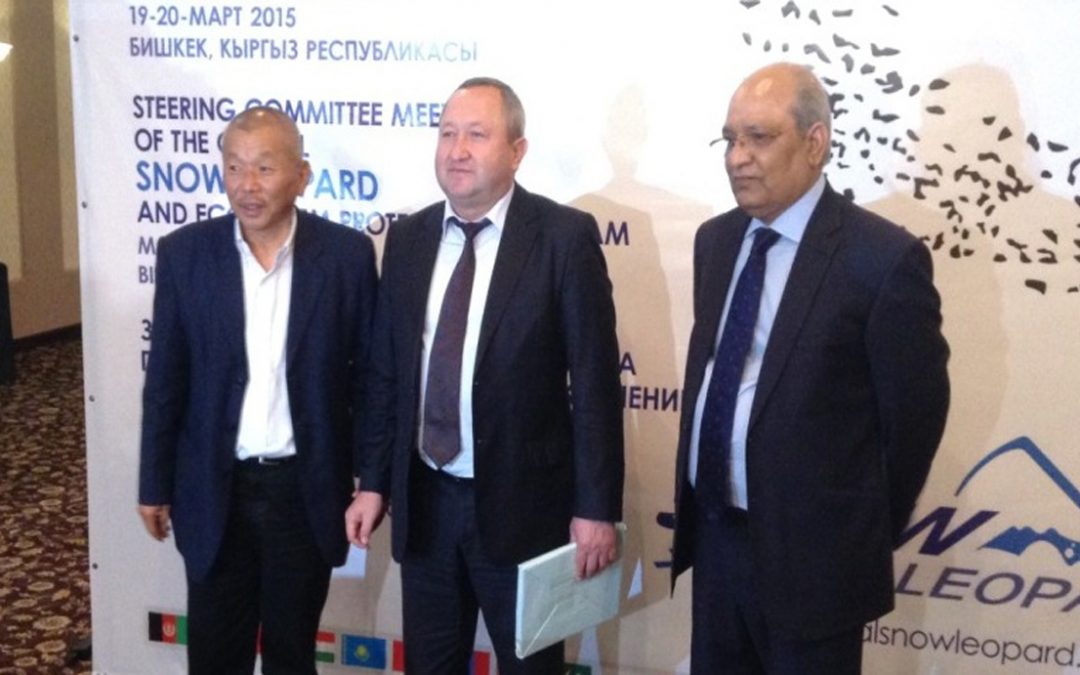 The first High level meeting of the Steering Committee of the Global Snow Leopard and Ecosystem Protection Program was held successfully on the 19th and 20th of March 2015 near Bishkek in village Koi Tash in the Kyrgyz Tien-Shan Mountains. The meeting of the Steering Committee was presided by the First Vice Prime Minister of the Kyrgyz Republic, Mr. Taiyrbek Sarpashev and attended by the Speaker of National Assembly of the Kingdom of Bhutan Mr. Lyonpo Jigme Zangpo. Representatives of the Governments and state bodies of the Afghanistan, China, Mongolia, Nepal, Kazakhstan, the Russian Federation, and Tajikistan were present, alongside international organizations such as the GEF, UNDP, Snow Leopard Trust, World Wildlife Fund, GIZ, the Christensen Foundation, and several other organizations. 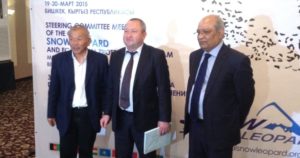 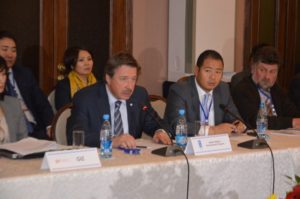 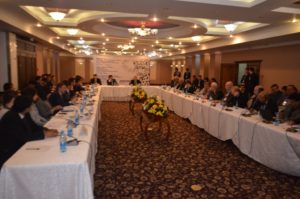 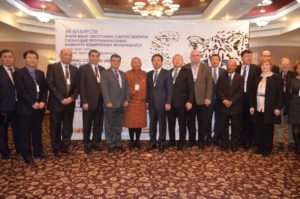