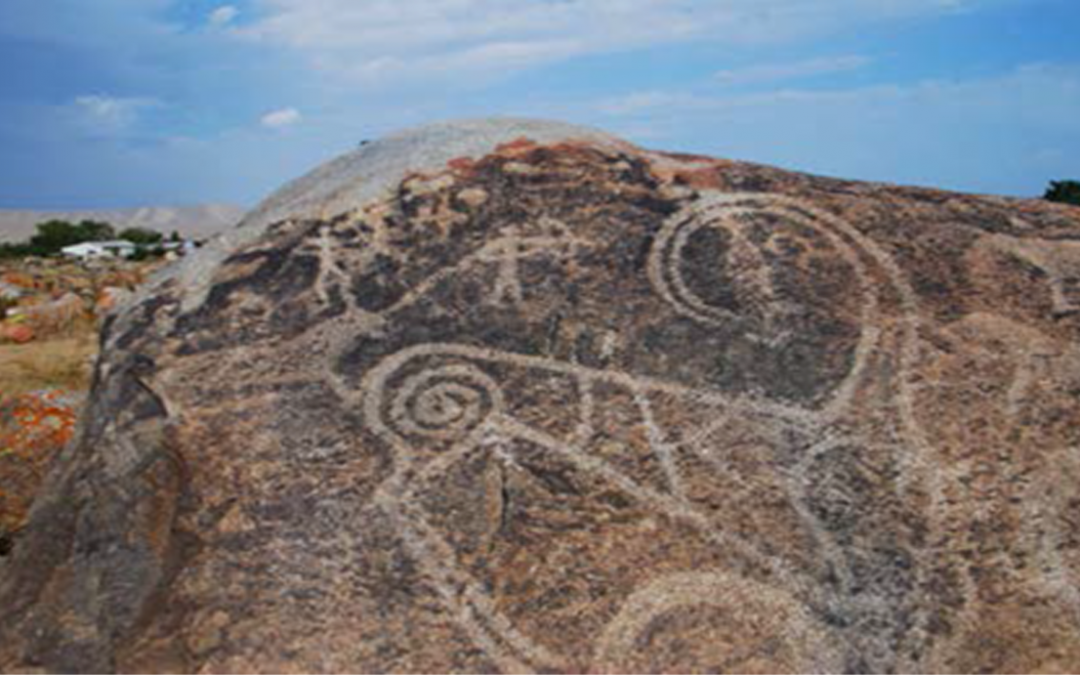 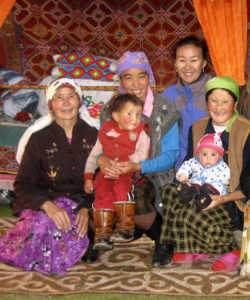 An indigenous community living in the snow leopard habitat

We, the indigenous cultural practitioners of the snow leopard range countries, welcome global efforts for the conservation of snow leopards and express our readiness to collaborate in the development and implementation of the comprehensive long-term Global Snow Leopard Conservation Program to meet goals of 2020 using our traditional knowledge. The Bishkek Declaration expressed strong concern about the increasing threats to our sacred animal that is “an irreplaceable symbol of our nation’s natural and cultural heritage and an indicator of the health and sustainability of mountain ecosystems” and called for “the enhancement of the role of local communities in snow leopard conservation efforts”. Representing indigenous and local communities of our respective countries we emphasize close ties between indigenous communities and communities of our totem animals. For us the state of the snow leopard is an indicator of the state of the spiritual and socio-cultural wellbeing of our communities today and of our future generations tomorrow. Indissoluble, enduring connection and mutual dependence of the fate of our Peoples from the fate of their totem animals is an indisputable truth for us. We understand that the risks and threats for the sacred snow leopard are augmented by the loss of traditional understanding and respect for the value of totem animals; we therefore are eager to unite our efforts with the efforts of our respective Governments, scientists and world community. Out of this sense of responsibility to our ancestors and our future generations, we indigenous cultural practitioners stress the central role of the snow leopard in survival of humanity facing civilization crisis, which is threatening our mountains with the cold breath of death. Snow leopards and other totem animals call us—through drastic change in their usual behavior—for spiritual renewal, for recognition and respect of the rights of Mother Nature. The snow leopard conservation measures cannot be limited just to the creation of new parks and protected territories. Conservation needs to be inclusive of the revival of cultural reverence and connectivity to these totem animals and strengthening of existing sacred sites. 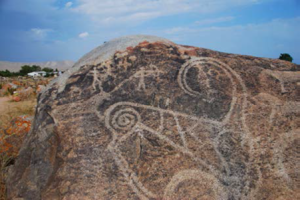 Kyrgyz elders suggest this petroglyph carries the message that humans have the responsibility of holding the balance in nature, so ibex and snow leopards can survive

Today snow leopard range countries have a unique opportunity to create a system of snow leopard survival based on the spiritual and cultural resurgence of indigenous and local communities who share with this animal its habitat, i.e. revival of the large cultural landscapes and sacred sites. We, as indigenous cultural practitioners, are ready to strengthen educational, spiritual, and ceremonial ways to ensure return of respect to the snow leopard as an ambassador of Mother Nature. Indigenous and local communities are ready to take relevant actions to ensure sustainability of the snow leopard’s prey species by banning shooting in sacred places and by enhancing sustainable traditional hunting practices. We recognize the value of integration of our traditional knowledge with conservation science and are ready for cooperation. We call upon our Governments to enable active, full, and effective participation of indigenous and local communities, including cultural practitioners, in the development and implementation of local, national, regional, and global plans for conservation of snow leopard ecosystems through clear mechanisms of coordination, inclusion, and respect. Reference: The Snow Leopard Conservancy (SLC), with the support of the Worldwide Indigenous Science Network and supported by the Christensen Fund, held a workshop for Indigenous Cultural Practitioners of snow leopard range countries in Kyrgyz Republic in September 2013. SLC use the term Indigenous Cultural Practitioner to include Shamans, Healers and Sacred Site Guardians. This Statement of support to the Global Snow Leopard Forum was written at the September Workshop and presented to the GSLF in Bishkek in October.