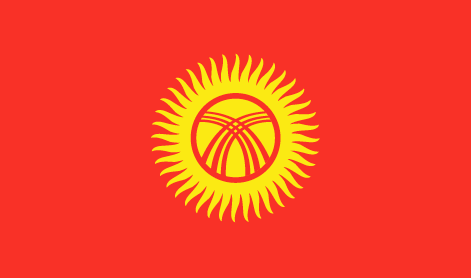 Taking into account that the country occupies 0.03% of the area of the planet or 0.13% of the terrestrial parts of the world it is quite a lot.

Locality of snow leopard covers quite a large area of Central Asia. In the Kyrgyz Republic snow leopard covers all parts of the country, i.e. in the Tien Shan Mountains and the northern ranges of the Pamir-Alay (Alay, Trans Alay and Turkestan ranges).

The total area of suitable for the location of the snow leopard in the country is estimated at 54,000 square km, which is more than ¼ of the country. The total area of the country is198.5 thousand square km, and more than60% of which are dissected by mountains rising from 500 m to more than 7000 m above sea level. About 40% of the total land area occupied by glaciers, permanent snow, rocks, scree, alpine desert detritus, etc.

Considering that 90% of the country lies at an altitude of over 1.500 meters above sea level, it is clear that the essential role of ecosystems of the snow leopard in the Kyrgyz Republic in its socio-economic status.

The Kyrgyz people have a rich cultural heritage, which has been developed over the centuries. The nomadic culture of the hill tribes that was passed from generation to generation is still preserved in fragments, which characterize the attitude of this ancient people to the animate and inanimate nature.

This is clearly evidenced in regard to the snow leopard and its local Kyrgyz name –Ilbirs. It is also called “Ak Ilbirs”, which means “white leopard”. Only Kyrgyz people know the snow leopard as Ilbirs, while the majority of the post-Soviet countries call it “Irbis”.

The people kept the legend about the Kyrgyz hero, collector of people– Barsbek. He was a hero who lived in the 7th century AD and joined the Kyrgyz people and preserved their independence, standing against external enemies. In present time the snow leopard has lost its sacred value. He is depicted as a symbol on the flag and municipal coat of arms of the city of Bishkek.