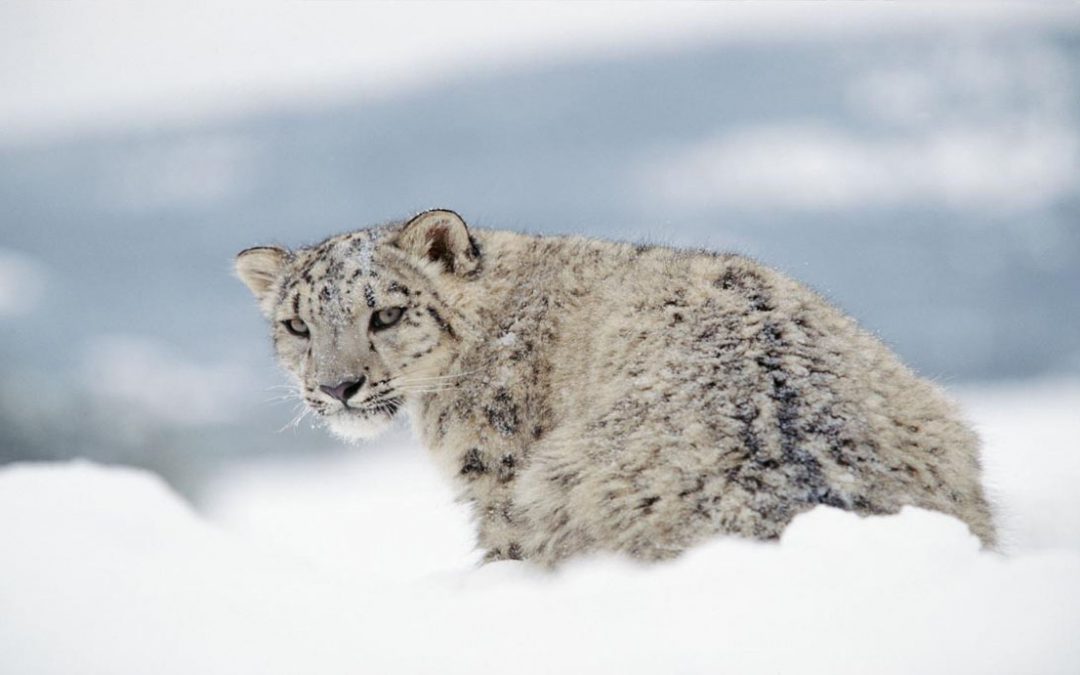 How these big cats thrive in low-oxygen mountain habitats is still a mystery, study says.
By Carrie Arnold, National Geographic
PUBLISHED August 05, 2015 The snow leopard might rule the high reaches of the Himalaya, but they share some unexpected similarities with the humble house cat, a new study says. Despite living at elevations of more than 16,400 feet (5,000 meters), these spotted big cats breathe in the same way as other feline species that live at sea level—notably your pet kitty. (See snow leopard pictures in National Geographic magazine.) Anyone who has ever tried to run even a short distance on a mountain has felt the effects of high elevation. The difficulties people and other animals have breathing isn’t due to lower oxygen, but rather low air pressure at high altitudes. Each breath takes in less oxygen and fewer air molecules overall. Without adequate oxygen, mammals can’t stay warm, run to chase prey, or escape predators. To get around this, other high-dwelling animals have evolved coping strategies—in particular, many of them have more efficient hemoglobin, an oxygen-carrying protein in the blood. Scientists wondered if snow leopards had the same adaptation. But the new research, published August 5 in the Journal of Experimental Biology, reveals they don’t. In fact, the predators take in about half as much oxygen with each breath as they would at sea level. (See pictures and video of snow leopards in Afghanistan.) “We were very surprised,” said study leader Jan Janecka, an evolutionary biologist at Duquesne University in Pittsburgh. “Changing hemoglobin is one of the simplest ways to adapt to high altitudes.” Mountain High Scientists already knew that low-altitude feline species generally have hemoglobin that’s not good at binding with oxygen. Even so, Janecka and colleagues suspected that they would find differences in the hemoglobin properties of snow leopards compared with other cats. (Learn more about snow leopards.) The team obtained blood samples from big cats living in various U.S. zoos, including the African lion, tiger, leopard, panther, and of course snow leopard. They also took blood from domestic housecats. WATCH: In 2012, conservationists fitted snow leopards with satellite collars in Afghanistan for the first time. The team hopes its tracking data can spur protection of the leopards’ Afghan habitat—and help ensure a rosier future for the rare cats.
When the scientists looked at the genes that make hemoglobin, as well as the protein itself, they found no differences between snow leopards and the other cat species. “We still don’t know how snow leopards adapted [to life at altitude]. Our study raised more questions than it answered,” Janecka said. “There Must Be Other Things Going On” Graham Scott, an evolutionary physiologist at McMaster University who was not involved in the study, says it was “technically very well done and used state-of-the art analyses.” “What’s unique about this study is that it shows us there must be other things going on” in the leopards’ ability to live at altitude, he notes. (Learn about National Geographic’s Big Cats Initiative.) For instance, Janecka and others believe that snow leopards might simply breathe harder to bring more oxygen into their bloodstream, and have begun studying that theory. “As long as the animal is getting enough oxygen, natural selection isn’t picky,” Scott says. “It shows,” he quipped, “that there’s more than one way to skin a cat.” Follow Carrie Arnold on Twitter. Source of publication: http://news.nationalgeographic.com/ Photograph by Tim Fitzharris, Minden Pictures/National Geographic