The United Nations Development Programme (UNDP) and the Global Environment Facility (GEF) are key partners in the implementation of GSLEP through financial and technical support.

GEF has a long history of supporting conservation of the snow leopard (Panthera uncia) and its habitat, having approved 24 total projects and invested nearly USD $100 million toward UNDP-implemented projects in all 12 range countries since 1991. Nine current GEF-financed, UNDP-implemented projects have emerged since the Global Forum in 2013 within the framework of GSLEP, representing an investment of about $45 million to support snow leopard range countries. in meeting their national targets toward achieving GSLEP objectives. These nine projects alone have leveraged over $200 million in co-financing from national and international partners. Below is an overview of these projects. For details, please refer to the publication “Silent Roar: UNDP and GEF in the Snow Leopard Landscape”. In addition, UNDP has supported various key GSLEP meetings and workshops that have been instrumental in keeping up the program’s unprecedented momentum. 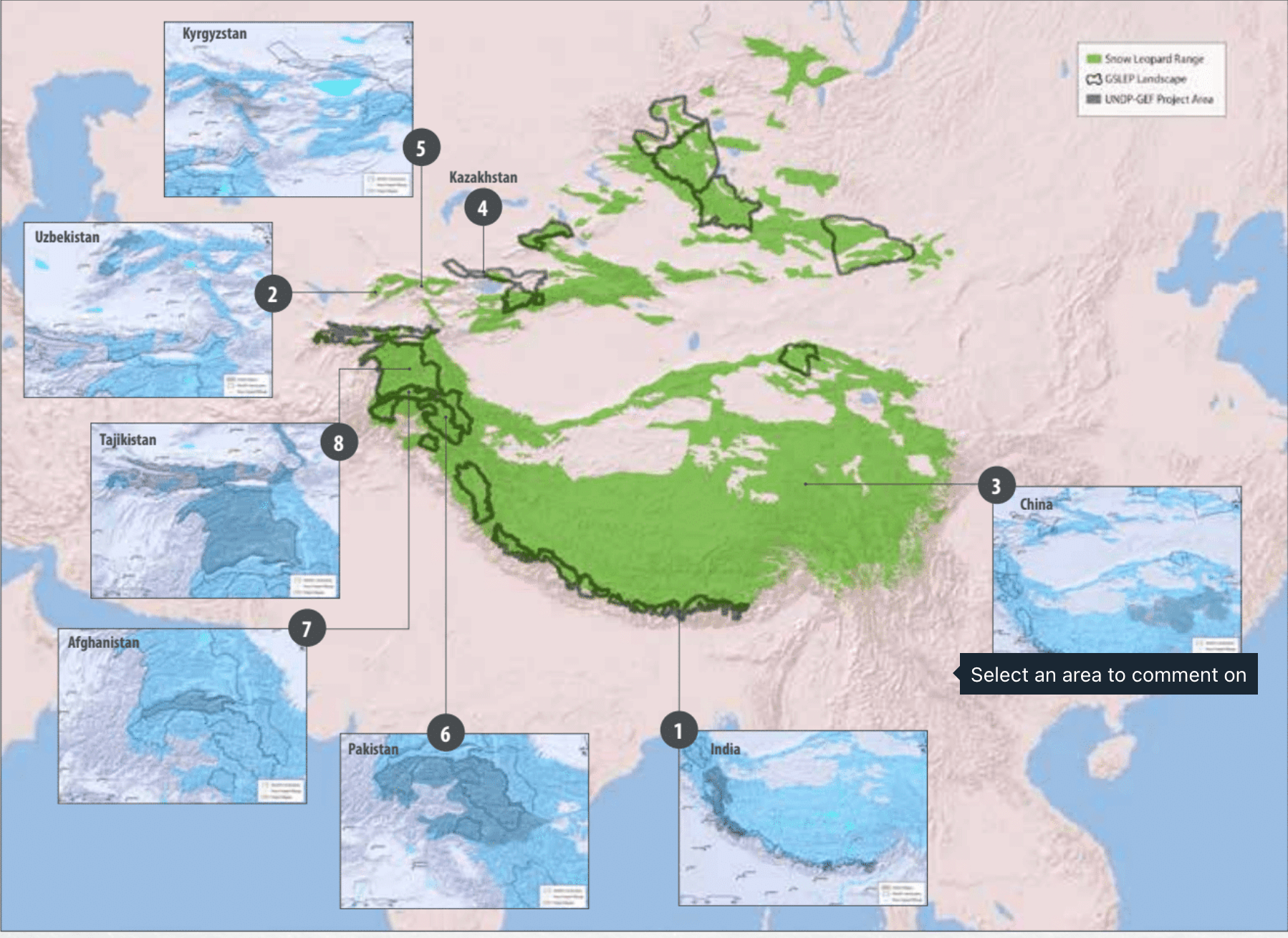 Conservation of Snow Leopards and their Critical Ecosystem in Afghanistan, $2.6m